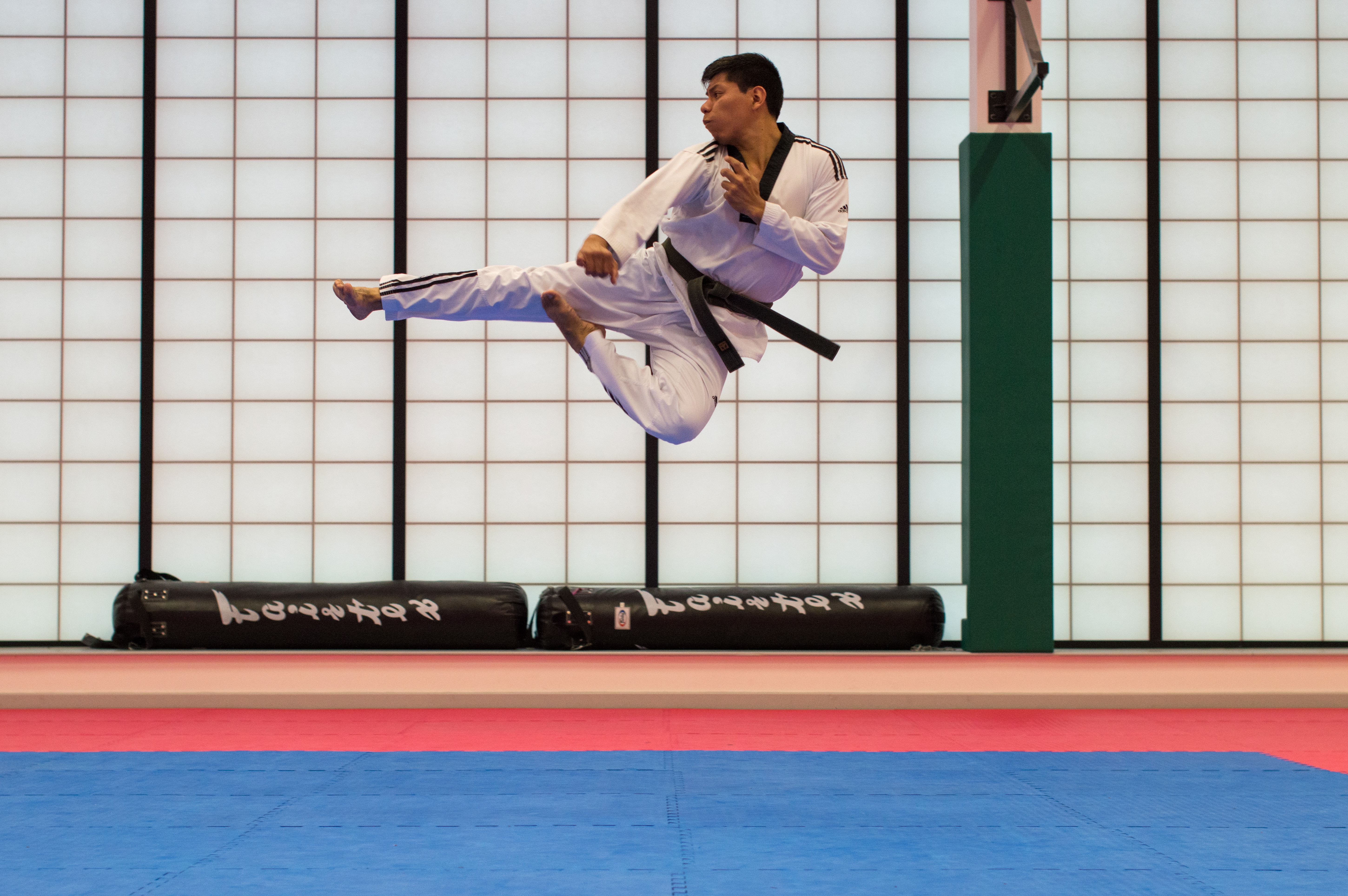 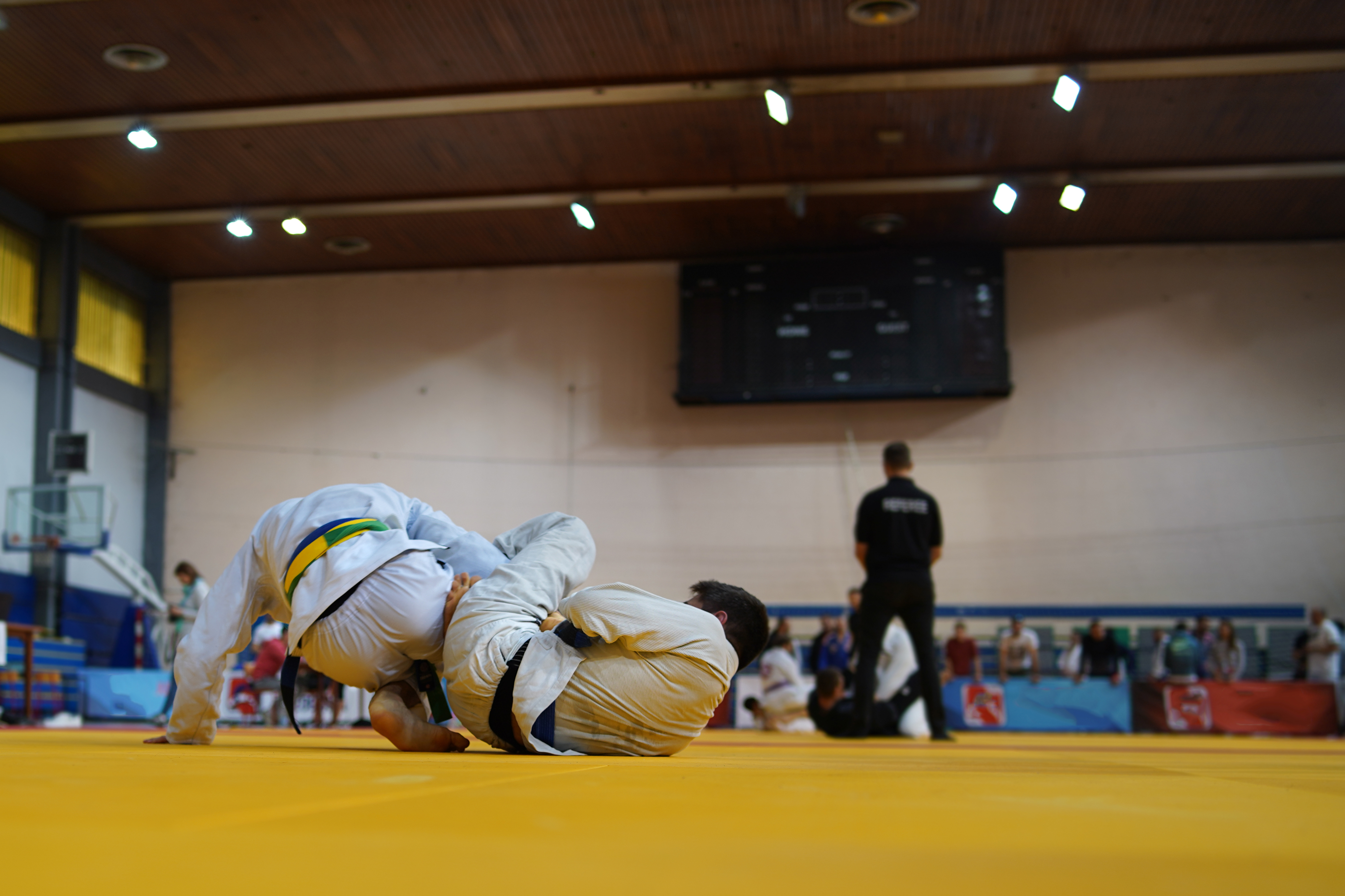 Judo is a non-violent sport that is derived from traditional jujitsu. It was developed as an educational method in Japan by Jigoro Kano in 1882. This modern martial art later evolved into a combat sport and Olympic sport. The goal of judo is either to throw or to bring the opponent to the ground, and then to immobilise him, or to force him to give up using techniques that are known as joint locks or chokeholds. Judo has a very strong competitive side.

The duration of a match varies according to the category: 5 minutes for seniors, 4 minutes for juniors, 3 minutes for cadets, and 2 minutes for youths. Practitioners of judo, called judokas, train in a dojo, which means "Place of the way". Each fighter wears a uniform that consists of a kimono. They also wear a belt. The belts indicate the student's skill level. There are many colours to indicate the level. In increasing order: white, yellow, orange, green, blue and brown. The last level is black. A red and white belt is a very high level. Each belt corresponds to a different rank: the ranks below the black belt are awarded by a state-qualified judo teacher. Ranks above the black belt are earned through competition, or by performing a kata test (katas are a Japanese term used to refer to a series of codified movements that allow a person to advance through the ranks) before an official regional or national jury.

Men's judo was tested for the first time in the Olympics at the 1964 Tokyo Games. It was definitively included for the 1972 Olympic Games in Munich. Women's judo was present as a demonstration sport at the 1988 Olympics in Seoul. It was only included on the program in the 1992 Barcelona Games. Today, judo is the most popular combat sport in France with more than 600,000 registered members and 5,600 clubs.  Worldwide, judo is the third most practiced martial art after karate and taekwondo with 8 million practitioners. Judo teaches many moral values, and cultivates the body and mind. There is truly a moral code of judo where respect for one's opponent is of the utmost importance. The point is not to knock your opponent down violently, but to take him down cleanly. All these rules make judo an educational and instructive sport.